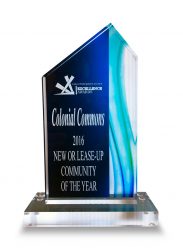 Norstar USA continues to provide much needed affordable housing for seniors in the State of Florida, serving as the designated developer for the new Pinellas Heights Development – a $24,000,000.00, 153-unit project estimated to be completed by the end of the year 2013.   This project will help to alleviate the Pinellas County Housing Authority’s current wait list of 8,000 people.

Norstar USA has also achieved recognition for its preservation efforts by winning the Historic Albany Foundation’s 2009 Preservation Merit Award for its rehabilitation of 155 Clinton Avenue in Albany, New York.  Norstar USA partnered with the Albany Housing Authority to revive this 127 year old building by reconstructing and restoring it back to its original charm.

Norstar USA’s extensive and proven track record as lead developer in the redevelopment of public housing is also evident by its additional notable following recognitions:

Norstar USA has an extensive and proven track record of service as an industry-leading developer in the redevelopment of public housing.